I wanted to tell y’all a personal story that occurred late, last summer and started to occur last week about creeping dehydration. We all know the importance of staying hydrated. And when it’s hot, we increase our drinking even more because we’re sweating more.

Last summer, I had been doing maintenance running of around low to mid 20s mpw because my training for the 2011 Houston Marathon didn’t start until the 3rd week in August. Of course, it was hot and humid during my 3 a.m. runs. And, of course, I was diligent in replacing the fluids. Nothing new.

One night I was going to bed and I put my head on the pillow and I was dizzy beyond belief. WTH? So, going from the vertical to the horizontal made me dizzy. In the morning when I woke up, I sat up and was really dizzy. I stood up and had to steady myself against the wall, so I wouldn’t fall down. The room was spinning a bit. The fluid in my ears got situated to where I could walk. I had no idea what was going on. In order to turn 90 degrees, I had to do it in slow motion.


After a few days I was able to manage it, but if it didn’t resolve itself after 10 days, I was going to the doctor. Each morning, I sat up to see what the status was. It was better, but not back to baseline. On the 9th evening, I went to sleep with a stuffy nose. The next morning, I was still stuffy, but the dizzy symptoms were gone. I was fixed! Evidently, the stuffy nose caused the fluid in my ears to increase enough to take away the dizziness.

Now, fast forward to this week. Monday, I woke up with a wee bit of dizziness. Nothing major, but I noticed it. I immediately increased my water intake throughout the day and even in the car, plus my nose got stuffy again. Problem solved. I got a little dizzy after a hard CrossFit workout, this morning, so I know I’m not completely fixed.

My point is that even though we are diligent on drinking water and we’re peeing throughout the day, a couple of ounces short over a few weeks caused a creeping dehydration that resulted in dizziness. I even weigh 30 pounds less, this summer, and I still got a little dizzy.

Hey, hey, let’s be careful out there. 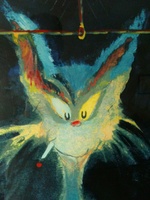 That's crazy Ounce! I have a runner friend who seems to suffer from bouts of vertigo during the summer months. Maybe it is linked to dehydrtion in her case too. I will pass this info along to her. Thanks for sharing! 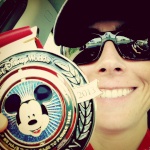