So out the blue, when I plug my 220 into the computer, a few seconds later I get a 'sync failed' message.

Funny thing is, when I open Garmin Connect, the run and date are all there.  Same thing every day for the last couple of weeks.  I'm not worried because it's working, it just seems weird to get the error. 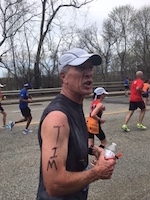 I had the same problem with my 620 and then it stopped charging.  They sent me a new charger and all is well.

I've had issues in the last couple of months after installing Garmin Express. Sometimes the watch will sync, other times it won't unless prompted. On two occasions (including after yesterday's 20 miler), it will notify me that the sync is complete, but the run never appears on Garmin Connect. Multiple efforts yield identical results. I managed to find the data in the PC, so it came off the watch, made it into an odd folder among the Garmin data files, and then either didn't get sent to Garmin's site or was sent and was lost somewhere in Garmin's data.
I also get odd errors lately that ANT agent is blocking Garmin Express, messages that Garmin Express failed, but that my data has been uploaded to Garmin Connect, etc.
Bizarre. A bad software product launch, to be sure.
As long as I can find and see the data (I used the demo version of SportTracks, which I have on my hard drive, to view the data once I found it on my pc yesterday), I will get by until they figure this out, I guess.

Geez.  So I re-installed Garmin connect and now I no longer get the 'sync error'.  But when I open Garmin connect, the last run is NOT there and I have to do a manual upload.....